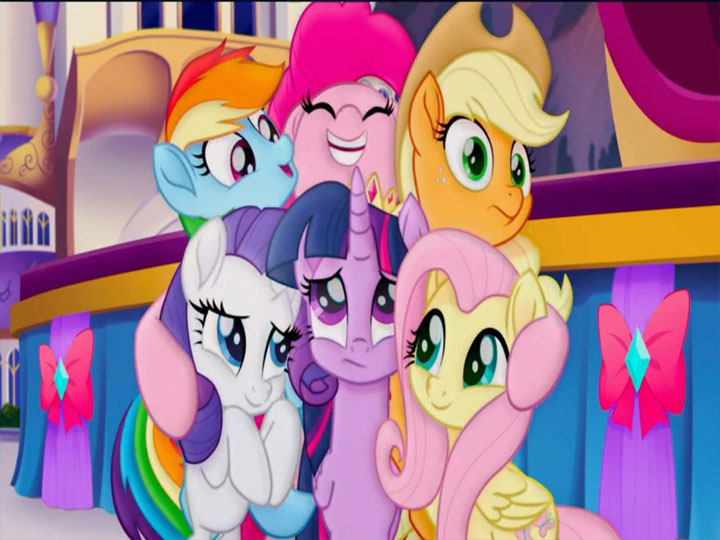 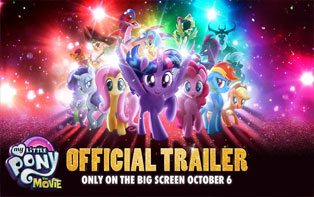 The film stars the voices of regular cast members of the show, Ashleigh Ball, Tara Strong, Andrea Libman and others. Sia, Emily Blunt, Zoe Saldanha and other actors have cameos in the film as well.
While the land of Equestria is preparing for its first ever Friendship festival, some dark forces pose a threat on the home of Twilight sparkle and her friends. Twilight along with her friends—Applejack, Rainbow Dash, Pinkie Pie, Fluttershy, Rarity, and Spike must now embark on a journey to save their Land.

Director Jayson Thiesson and screenwriter Megan McCarthy of the show, are also directing and scripting the film. The film was animated using Toon Boom Harmony rather than Adobe Flash, which is used in the TV series. The film’s music and scoring has been done by Daniel Ingram.
Previously the characters for the TV show were animated using Adobe Flash, but for the film, the team decided to go with Harmony in order to receive a higher quality animated movie. The film follows a classic 2D animation style and includes a repertoire of impressive voice actors.