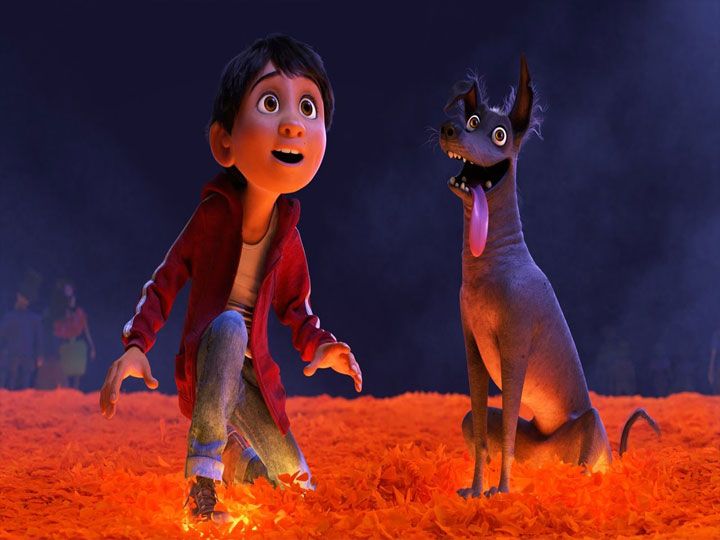 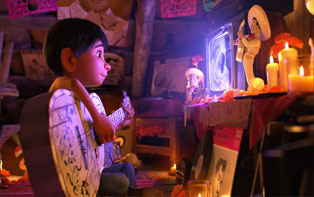 Coco is an upcoming computer animation film scheduled to release in October this year. The film is a comedy musical based off of the ‘Day of the dead’ holiday celebrated in Mexico.
Produced by Pixar, and directed by Lee Unkrich and Adrian Molina, the studio began work on Coco in 2016.

12-year-old Miguel is an aspiring musician who steals his great great grandfather’s guitar – the legendary Ernesto De La Cruz because music is banned in his shoemaker family.

Miguel travels with his best friend Dante the dog, and crosses over to the land of the dead where he learns the curse that looms over his family. He must get their blessing to pursue music or else he will join the dead as a skeleton forever!

During production, Latino and Mexican American animators were present at the studio to help consult on the film. The first draft showed Miguel to be very vocal with his family since they didn’t allow him to pursue music. However, it is against Mexican culture to go against your elders and hence, Miguel’s character was altered into an empathetic child who couldn’t express his desires.

Michael Giacchino, who has worked on other Pixar animated features, will be scoring Coco.The movie is a folklore inspired movie, with stunning visuals, intense storyline and an appealing music score. Coco is expected to be Pixar’s most culturally-diverse human family drama yet.