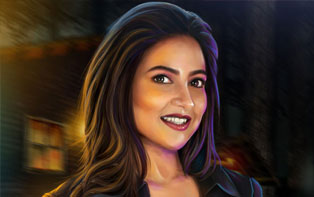 Want to have some thrilling experience? Then just hold your nerves. VirtualInfocom’s new 3D game will just enhance your excitement. The ravishing beauty of Tollywood, Subhasree is back with a bang. This time she is in a completely new avatar.

END_OF_DOCUMENT_TOKEN_TO_BE_REPLACED

Jumanji Welcome to the Jungle

Released on December 2017,this is the sequel of the first first movie released in the year 1996. Alex receives a board game, which his father found on the beach. When he refused it, the game transformed into video game cartridge. After playing it, he was transported into a game. Two decades is enough to wait for a sequel. Borrowing the name from the first one, the second movie is a hilarious action adventure. Having a cast, which is extremely liked by the public, this film is an ideal marketing stuff.  Written by five screenwriters and directed by Jake Kasdan the movie is genuinely a creative attempt by them.

END_OF_DOCUMENT_TOKEN_TO_BE_REPLACED

Cosplay show or the costume play show is the type of show in which a participant wears costume or accessories to represent a specific character. This is generally in practice when you are planning to launch a game. The term first originated in the year 1984 in Japan.
The participants who dress up exactly like it bring the virtual characters of the game into reality.
END_OF_DOCUMENT_TOKEN_TO_BE_REPLACED