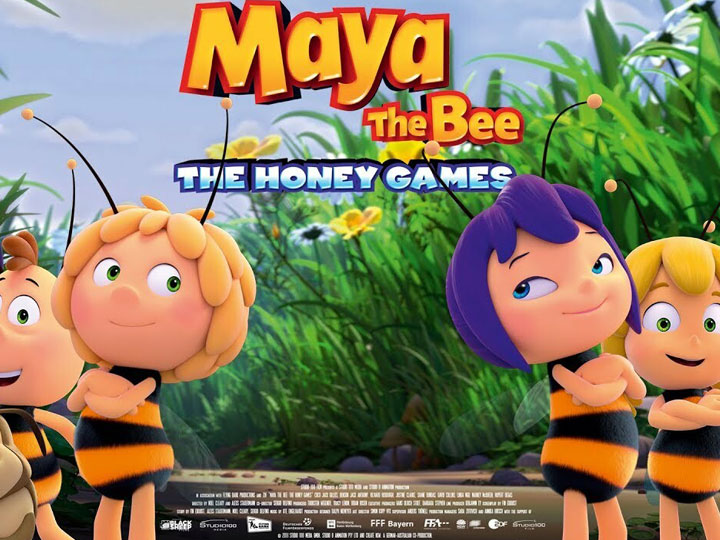 Maya the bee 2: The honey Games 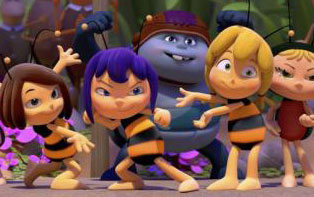 Maya the bee 2:The honey games is an Australian- German animated comedy adventure movie released on 2nd of February,2018 in Poland and later worldwide. The movie is directed by Noel Cleary, Sergio Delfino & Alex Staderman and is inspired from the 1975 anime Maya the Honey Bee and the German Children’s Book “The Adventures of Maya the Bee” by Waldemer Bonsel. The movie’s casts includes Coco Gillies as “Maya”, Benson Jack Anthony as “Willy”(maya’s best friend), Richard Rozburgh as “Flip”, Justin Clarke as “The Oueen” and Linda Ngo as “Violet” in main characters who did absolutely fantastic Job.

The plot goes around Maya who is order by the queen to compete against violet the daughter of goodbee in the honey games which mentions that if Maya’team wins they she will be free of all accusations and if violet’s team wins then all the honey from maya’s hive will be taken. In order to win the competition maya creates a team of misfit bugs to compete in the honey games who are unaware of the purpose of the competition. In the first two rounds maya’s team losses to violet’s team because Maya’s team is weak and violet’s team was cheating. Later willy tells Maya’s team the purpose behind winning the competition and they realized that they need little training and hence gets ready to compete on the last day of the competition. Later while competing violet cheats again and also asks willy to fake an injury in order for his team to slow down to which willy rejects and meanwhile violet’s team gets surrounded by a spider called Thekla but gets rescued by Beford who lullabies the spider to sleep. Violet realizes her mistake and lets maya and her team to win the competition. The Movie well defines friendship and team work .
Although the story was beautiful it didn’t get much appreciation as it is appropriate only for small kids and has no such stories and creates no buzz for the adults. The movie’s worldwide Boxoffice collection is $10,033,480. The VFX and the animation was also rated average with just 2/5 starts. The movie is good to watch for small kids only.