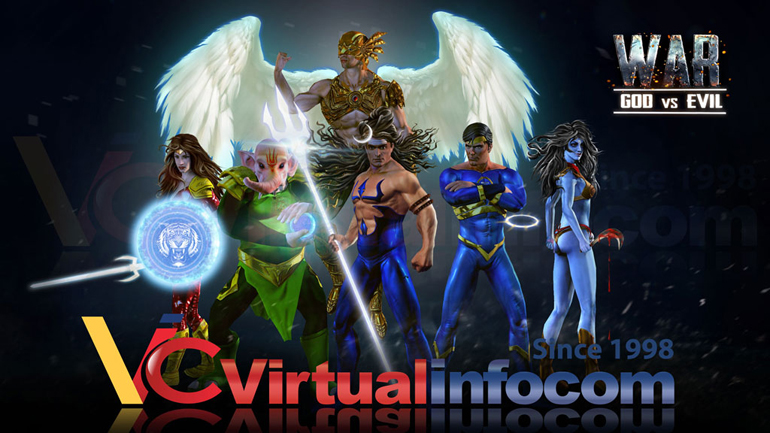 fight of the legends 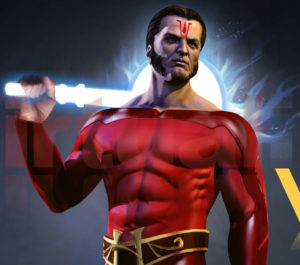 Hanuman Superhero
During the events of Fight of the legend, both the forces of light and darkness have been annihilated, with only the thunder god Indra and the lord of the hell Narakasur remaining to represent them

There used to be two different kind of kingdom, Naga’s and Garuda’s..The king of Naga’s was killed by the Leader of Garuda, Jitantak and Naga’s was leaderless. Jitantak, wanted to wipe out the entire Naga’s and was asking help from Akshya. Akshya is the protector of the 14 different realm. Akshya don’t want to wipe out the entire population, he denied to help Jitantak and asked him not to kill the existing being. According to Jitantak, Naga’s were not good people.For the supreme powers OM, Akshya, Brahma and Shivani no one is good or bad, all of them are like their son or daughter. Akshya thought to go for a deep meditation and engage his inner self to remove the worst parts from few parts of Earth. He did a scientific work to get the same and blocked all of that within a energy block. So that humanity will have all good things in the new world. While talking with OM and Mitra he discovered that the bad energy is becoming all of a sudden strong and getting a shape. OM asked both of them to wait for a while so that he can find a solution for the same.

Next day Mitra was watching the container and saw Akshaya inside the container instead of energy, Mitra out of fear opened the energy container and surprisingly he saw that it’s not Akshaya but the opposite part of Akshaya who called himself Olga. His only role is to spread darkness and fear in the universe. Mitra tried to stop him but the huge power of Olega Umhrah killed Mitra and Olega fly towards making a new Realm for himself and started destroying humanity. Olega joined Narakasur (Demon lord of 4th Realm) and became King of Naga’s. 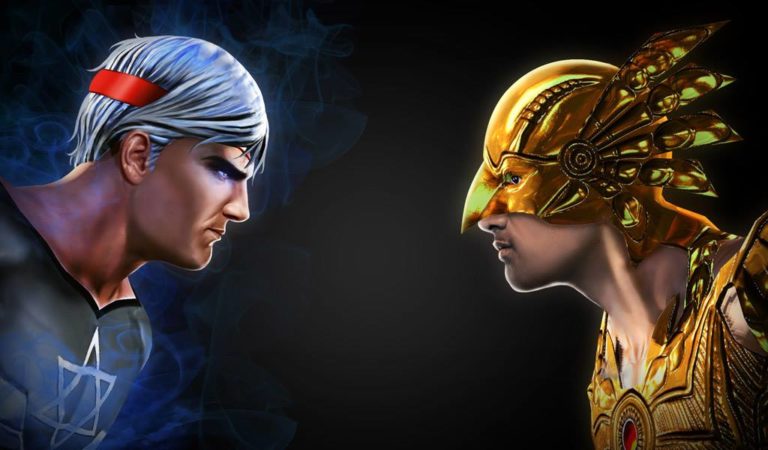 They wanted a good looking woman to fight for them and attract the leader of Garuda’s. Naga’s then took Katya and poisoned her with their venom in way so that she can stay alive for decades. After a deadly battle, Katya was injured, and went back to the temple of Naga’s somehow, Olega then put her inside a space-time doorway so that when time comes, she can be alive again and fight for the Naga’s. She is suppose to become alive when a Immortal will attack the Gods’s.. the call of destiny, Ashwathama returned from his “Tapsya” and wanted to die, the present lord of Moon, Chandrama refused to give back his “Gem” and asked Usurhi DemiGod solders to attack Ashwathama, and hence Katya became alive again.. Katya fought Ashwathama as he was moving towards Naga’s Kingdom. As two of the immortals started the fighting, maximum number of dark energy started entering the mortal world.

Narakasur took the advantage and he wanted to enter into the mortal world hence attacked the Adobe of Indra. Indra is the protector of the mortal world gateway.
A severely weakened Indra is about to be killed by Narakasur, but casts a last-minute spell on his friend Koko by taking him to a different dimension, whose walls can be broken by disabling the balance of Earth. To disable the secrete space break (To enter a dimension one need to access the doorway between the space) path Narakasur have to break the balance of Human’s energy which makes him strong enough to break the dimensional gateway. So he hosted a tournament to let mortal world know, who the greatest fighter is, but background story is to get dark energy generated from the fight.

While ensuring progress in the tournament, whose key attendees include OM,Katya,Urushi, Reina, Dazbog, Katya, Khanda, Jager, Flin, Tani etc, Narakasur attempts to enter into middle world to destroy Earth’s life balance. Koko, who has got the power to control some of the elements of nature, who protects the balance of earth is now willing to protect her Mother “Earth” by giving power to different warriors so that the balance remains calm. As long as the fight goes on and balance remains calm, she can heal Mother Earth from Narakasur. Else it’s in Indra’s hand to make the last stand. During the fighting Koko was injected by the “Bad Seed” by Olga Umhrah. Koko since then joined the “Force of Darkness” and started helping the dark fighters. Watching his own death infront of him, Indra asked the powerful trio OM, Akshaya, Shakti. Initially all of them send the fighters like Katya, Jitantak, Durja and Shina for the fight but eventually they had to act directly as Mahisashura and Kumbhakarna joined the “Force of Darkness Naga’s “.

An epic fighting game set in an age of myth and legend. The souls of the most powerful gods have been summoned to brutal battle. Fight of the legends to restore peace in the most graphically amazing game. A pantheon of champions is yours to train to new heights and take to war as you enter an epic story, mystical prizes and hand to hand combat.
All of the characters do have their own story and they stay in various different realm. We have released only Ashwathama & Katya as RPG game and we are going to release the other games too as RPG where users will find all connected characters together.