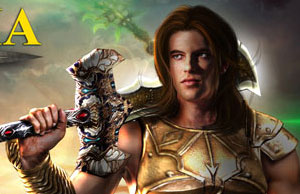 Diving right into the game-Ashwathama the immortal you dragged into the an post Apocalyptic world where has stood still for the protagonist and he must fight a battle with hordes of mythical creatures and beasts and defy all odds to ensure his demise to end his curse!! Sounds like a roller coaster ride up for grabs. 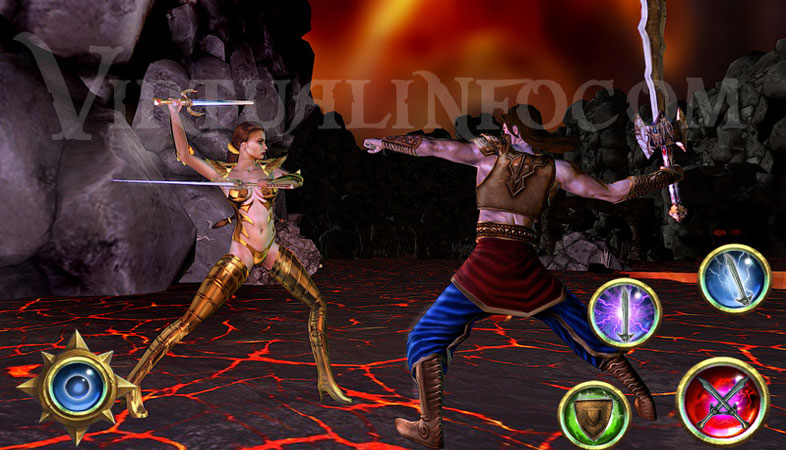 Ashwathama fighting with flinns
Some of highlights and must mentions are the 3D mapped backgrounds backed with Uber cool music, Intriguing and grasping storyline ,Treacherous Villains, Facile and lucid controls with superlative feature being each character being animated and created from a real life model/actor.

The game uses the concept of multi-verse and you are seamlessly travelling through them by will or force and unravel the path of your destiny to find your prized gem which was once the glory of Ashwathama’s forehead given to him from his teacher Dronacharya . After being cursed by Lord Krishna in the battle of Kurukshetra,his gem was taken away from him and made to wander earth aimless till the eternity of time. Ashwathama has now woken up from the shackles of his deep meditation and wants to end his curse in the infamous yuga of all 4 yugas – Kaliyuga He must face-off against the Moon lady Chandrama and legion of evil worshippers and bidders by her side in his quest.The game is quite fast paced and at a breath-taking speed you are zooming around hordes of enemy and killing them off for re-stashing your gold coin supply .The 1 st level beings with a high voltage intro scene and towards to end while battling off Avicis ,this is where you face off your first level boss Zahhak the ruler of hell. 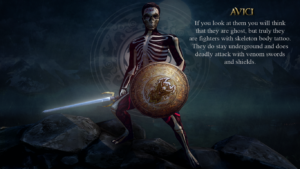 The ghost from Dravir Culture
In the following levels as the intensity of the game increase you face off against Demi-Gods like Billu the Axe bearer, Dazbog the Superhuman wielding hammer, Guepadro the panther assassin ,Katya the protector of temple and last but certainly not the least Durja the controller of time and restorer of peace. As Ashwathama progresses towards his unquenching thirst to end his curse he has to redefine himself by deciphering his latent powers and abilities by collecting and forging different orbs.

As he battle with his inner demons and travels through the spectrum of time , you get to witness his epic journey through the meticulous narrative and reaching a cliff hanger of an interim leading to Limbo.Look out for this game to satisfy your inner nerd and Sci-Fi enthusiast defying and disturbing the time flow ,it will definitely have a lasting impression and leave you gasping for more in this short 8 level quest.