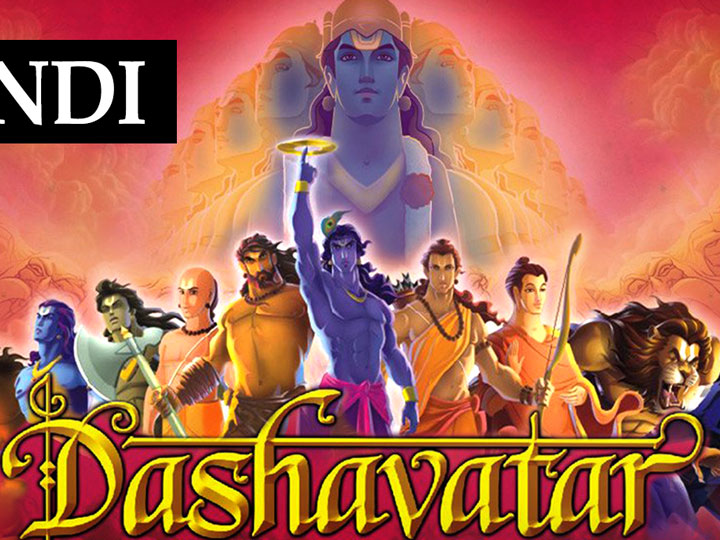 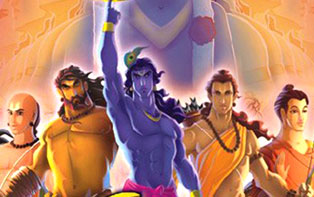 Produced by Vimal Shah under the banner of Phoebus Media, Bhavik Thakore’s‘Dashavatar’ is an Indian animated mythological film. The veteran actor Shatrughan Sinha narrated through the entire film.

Artists like Sachin Khedekar, Shreyas Talpade, Aashish Vidyarthi and Rupali Ganguly have done voice over for the important characters.
The movie is about the ten incarnations of lord Vishnu as seen by two children. Lord Vishnu protects the Gods and the humans from evil by appearing in different avatars in different eras. The ten incarnations of Vishnu that are portrayed in the film are Matsya, Kurma, Varaha, Narasimha, Vamana, Parashurama, Prince Rama, Krishna, Buddha and Kalki.
All the characters in the movie are handmade and processed in Adobe Flash afterwards. The animators used the traditional stop motion technique in which they made hundreds of 2D handmade pictures and placed them sequentially to create an impression of moving pictures. They used Adobe After Effects to create the background so that it has a digitally made look.
Dashavatar is the first indigenously made 2D animation film of India. The entire animation part of the film was directed by the Indian animator Abhijeet Nene and more than 30 artists worked under him. This was a low budget animation film that earned 7,442,635 rupees by the end of the fourth week of movie release.