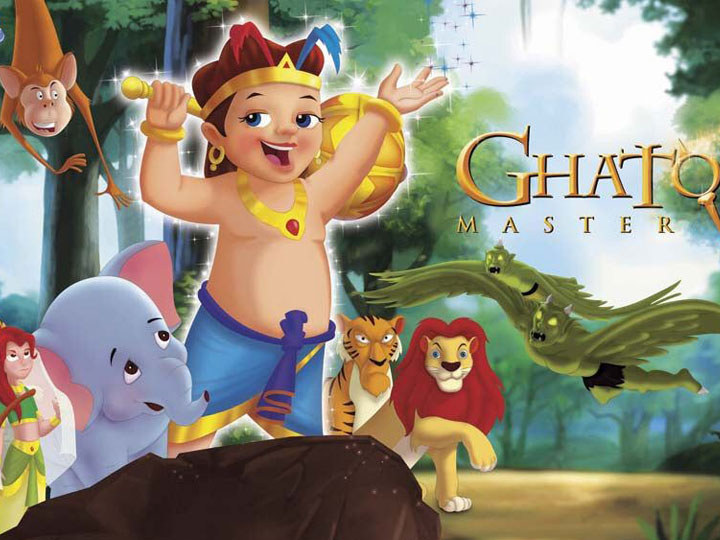 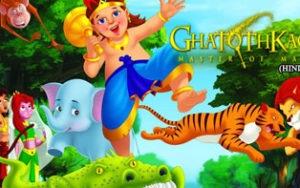 Many big names from Bollywood film industry have lent their voices to the songs including Shaan, Shreya Ghosal, Sunidhi Chauhan, Sudesh Bhonsle, Daler Mehndi and MahalaxmiIyer.
The movie revolves around Ghatothkach, son of Pandava Bhima. Ghatothkach is lovingly called ‘Ghattu’ and lives his magical life with an interesting mix of magic, action, fantasy, comedy and foot-tapping songs. The movie has its enjoyable moments like Gattu’s miscalculated magic resulting hilarious failure.There are many funny moments including one where Ghattu has a face-off with Laxman Kumar’s Tantri-the Mantri brand of embarrassment.

The movie is made in both 2D and 3D formats and has been released in seven languages including English, Hindi, Tamil, Telugu, Kannada, Malayalam and Bengali. Hyderabad based Sun Animatics India in collaboration with Shemaroo Entertainment employed around 300 traditional 2D and Digital CGI animation artists who collaborated and shared their creative ideas to put forth Ghatothkach.
These artists came from India, Philipines, Singapore and UK to ensure that Ghatotkach is produced with superior quality. With a budget of 150 million INR, Ghatothkach the movie expands over 100 minutes and features an amalgamation of classical and CGI animation.