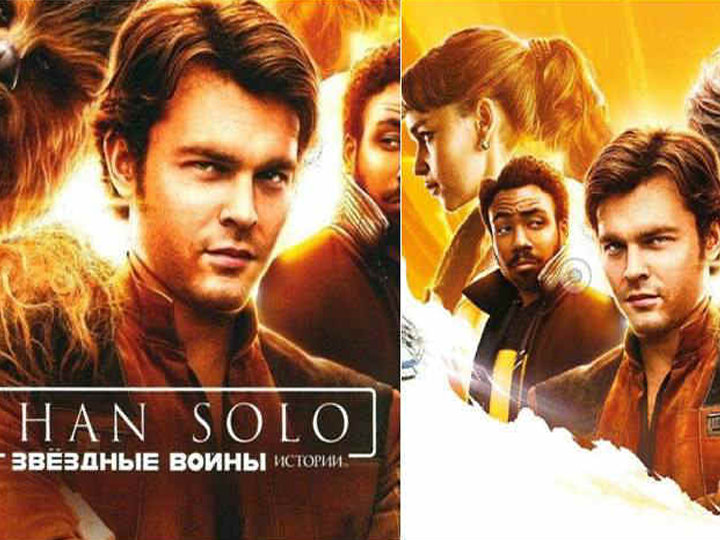 Solo: A Star Wars Story, the movie gives a shuddering effect with its first look…

With its catchy teaser, this movie is sure to offer something long expected…

The new trailer for the “Young Hans Solo” movie, is finally here. Just like other Star Wars movie, it is sure to catch your attention.Only four months from its Memorial release date, Folks I am sure you are sure to appraise the situation.The posters, billboards, and T.V spots are sure to ignite your excitement level. A good review at the time of pre-release will only add to its popularity.

As we have seen and also heard about Alden Ehrenreich in the role of young Han Solo, there has been a rumor that the actor is really concerned about his performance thus hiring an acting coach to make sense.

It is impossible for anyone to fit in Harrison Ford’s shoes. Few clips of Ehrenreich’s acting has made the trailer suggest that the audience will definitely be overwhelmed by its outstanding attempt.

Donald Grover as Lando Calrissian, catch our attention with the few glimpses. Even though the lead actor is not up to snuff, the story definitely has plenty to get excited about. This is the first word which we’ve had in all the Star Wars films on Han’s childhood is its marked departure from the story. In these scenes, he was captured by a pirate as a kid.

Another idea about Han’s childhood is that he is raised by Wookie. This is not the case now. We doubt the loyal, responsible Wookie is sure to let their young human ward run wild on the streets. But it seems as if Han has been studying his Wookie language phrasebook at least.

Lando’s ship, that’s totally bright and gleaming from the inner side, looks different from outside too.

Apart from some notable British actors, the Star Wars movie is well known for using the virtual unknowns in the key roles. You will find the famous face Woody Harrelson to debut in the Star Wars universe. She beautifully fits in the character of Han Solo’s mentor, Beckett.

If you are going to predict the future of Star Wars, by watching the trailer, then you are trying to work out, the result of a sporting spectacle, after only viewing the first 90 seconds of action. What’s the best about the new trailer, is its ability to give a vague glimpse, of what might be, further down the line.

The directors of the movie are banished from the set of Solo and were replaced with ultimate Hollywood safe pair of Hands in Ron Howard. Have you caught the glimpse of the monkey-like creature, just for a second? What’s the reason for its appearance? Well, we are not very sure about it. It certainly doesn’t appear to be the ancient diminutive, alien Maz Kanata, from The Force Awakens and The Last Jedi as some fans suspected by the trailer. Still, there is a hope for Maz to appear as a cameo in this film regardless. As Han and Wookie are known to her for a long time.

So what we find ultimately is it’s better not to take Solo’s trailer seriously. The movie is just a roller coaster ride, with a piece of light summer entertainment having a little bearing on the rest of Star Wars legend. The movie is sure to be a summer blockbuster.