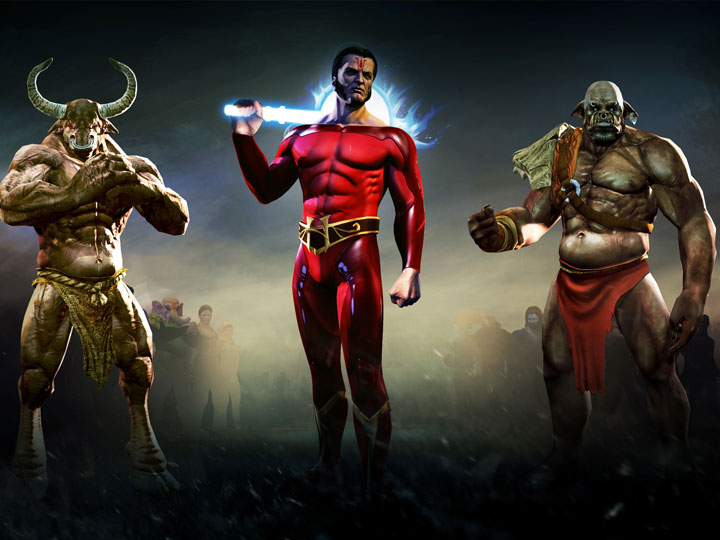 A COMPREHENSIVE GUIDE TO BLOCKCHAIN GAMES: 2020 AND BEYOND

Why should you care about blockchain gaming?

The gaming industry is often on top of leading technologies and pointing out which direction the world is going to go to next. The trend of merging emerging technologies with the game-play is common practice, and the industry has often pinpointed the exact technology which will boom in real life, quite a number of times. The most recent and upcoming technology to get the spotlight is block-chain. Blockchain, which is basically digital stores of data clubbed together in a secure chain,

has been meshed with games to upgrade player experience, store more data, personalize game-play, and develop gaming in ways which could not have been imagined a few years back.

Look out for this developing innovation since it could change the entire way we view the world, and spend our leisure time.

What can merging these two industries potentially hold for the future?

The shape of the future is evolving daily with the inventions and development of new technology. The gamification of real life problems to solve these issues in real time is the next big step, and with block-chain merging with game technology, this might be sooner in the future than later.

The creation of currency inside the game is the first obvious step, but the security and immutability of blockchain will also enable the company to keep stricter regulations on how in-game items and in-game currency is traded. Items bought through game actions could be exchanged for real life value, be it currency or goods or services, but only through the company’s platform, since the structure of blockchain makes it accessible by the involved parties only. Eradication of black market trading, losing profits due to improper regulations are two of the biggest benefits for the developers, while protection of player data, game items, and the overall platform security that comes from using blockchain, would alone be enough to guarantee the boom of blockchain gaming.

But that is not where the prospects end. The security could help the developers store player or user data in a safe database, which could be utilized to give a personalized gameplay, smoothless user graphics, and a better feedback system. This could also help in players using the same avatar in different games created by the same company, since their data is already saved, and they can bypass the most basic levels, resulting in seamless sync between the multiple games which access the same platform. Thus will also reel in more players for other games too, since it offers easier access and higher, tougher levels from the start. This will also result in players spending more time in their games, investing more in in-game items or currency, since they can use these in a multiverse. This will not change how players view the games individually, but also increase the real life value of rarer items since they can be accessed from a multitude of platforms.

Why are companies still holding back?

Though the basics of blockchain are pretty straightforward, the mechanics of implementing them in games can have a few setbacks. The first and foremost issue to be addressed is the load capacity of the platform on which the blockchain is based upon. The first cryptocurrency based game, Cryptokitties, faced this problem when worldwide users started using the platform to access their in-game items. The whole blockchain database was slowed down, which in turn affected Ethereum, which was the exchange platform for this game. When the vast network of players using a company’s platform log in at the same time, it will pose a problem to simultaneously handle them as well as their items, currency and avatars from a single chain. But this is not a major issue, as it calls for better bandwidth and more server support, which can be arranged, though it is a serious financial investment, but one that promises returns far beyond the immediate scope.

In spite of being a global presence, the gaming industry is far more conservative, and a leap of faith in an emerging technology is not something it would back up. The misinformation and sanctions upon cryptocurrency has also given blockchain a bad reputation, since it is essentially the building block of cryptocurrency. But it can be used and developed for the betterment and evolution of games, and the industry stands to gain significant players and revenue from this venture. Several companies are already working on making blockchain games a bigger presence. Virtualinfocom, one of India’s first and leading game development companies has proved this with two of the games in their arsenal which utilise blockchain technology- Commando Fight and Lalkamal Nilkamal. These have created a niche standard in the industry which forecasts the trend in the upcoming days.

Blockchain games stand to be one of the foremost categories in the future years. Whether you are a developer, player or just someone looking to dip your feet into gaming, this is one of the sectors to look out for, as the boundaries between the virtual and real worlds diffuse and give shape to a future beyond the wildest dreams of sci-fi devotees.

22 Responses to A COMPREHENSIVE GUIDE TO BLOCKCHAIN GAMES: 2020 AND BEYOND