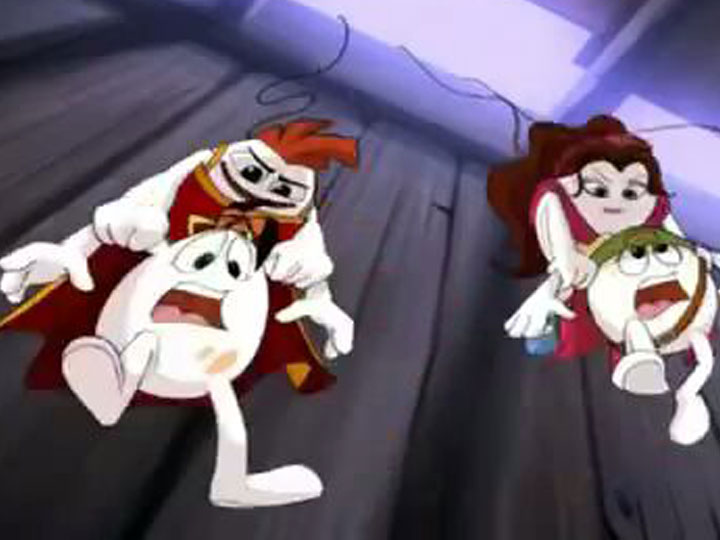 Una Película de Huevos or ‘A movie about eggs’ is an animated Mexican comedy/adventure feature. It was produced by Huevocartoon Productions with characters voiced by Bruno Bichir, Angélica Vale and Carlos Espejel.

The movie follows Toto, an egg who has been taken away from his mother as soon as he was laid, for human consumption. After being put on sale at a supermarket, Toto is bought by a human and befriends more eggs at the premise, all of whom wish to escape. Willy, a soldier egg, Toto and a non-talking piece of Bacon named Bacon must now escape back to the farms, so Toto can be reunited with his mother and hatch into a chicken.
The movie is the first animated film by Huevocartoon and makes use of traditional animation. It was a full-length hand drawn effort with a mix of subtle computer-generated animation. A crew of around 90 artists worked for 13 months to create close to 150,000 original drawings to put the film together.
Hook Up animation studio was responsible was in charge of the production, compositing and editing as well as the elaboration and direction of the animation. The movie’s animation was kept simple, while basing heavy humour in the plot itself. The art direction and background design was also handled by Hook Up animation and was kept minimal so as to focus on the characters.