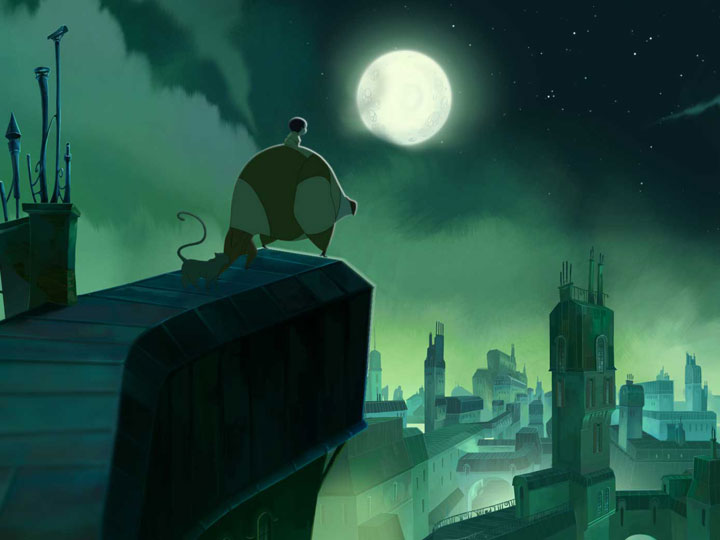 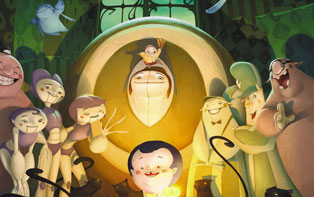 Produced by Filmax Animation in 2007, Nocturna is a Spanish-French animated fantasy movie. This movie is directed by Víctor Maldonado andAdrià García. Produced by Philippe Garrel and Julio Fernández, this movie has won the Goya Award for best animated film amongst the few.

The plot revolves around Tim, a lonely orphan who is afraid of the dark but finds solace in the light of the stars. He befriends a creature called Cat Shepherd as they start their journey to Nocturna. Nocturna is a different world that confines hundreds of diverse creatures who work together to create the night as we know it.
Though the animation is 2D and it looks like it is developed using computers, the non-3D look of the movie is created especially for toddlers.
The use of hand-drawn 2-D animation is combined with CGI to create the background and fluidity in the visuals. The hand-drawn 2D animation captures the dreamlike fantasy world and puts in clever details in the movie.
The work of the animators of this film is different from the raucous hyperactivity in comparison to the recent CGI animated movies.The movie features odd whimsical creatures that never plunge too deep from the 2D drawing board. The feelings of terror and delight are muted and low for their own good.