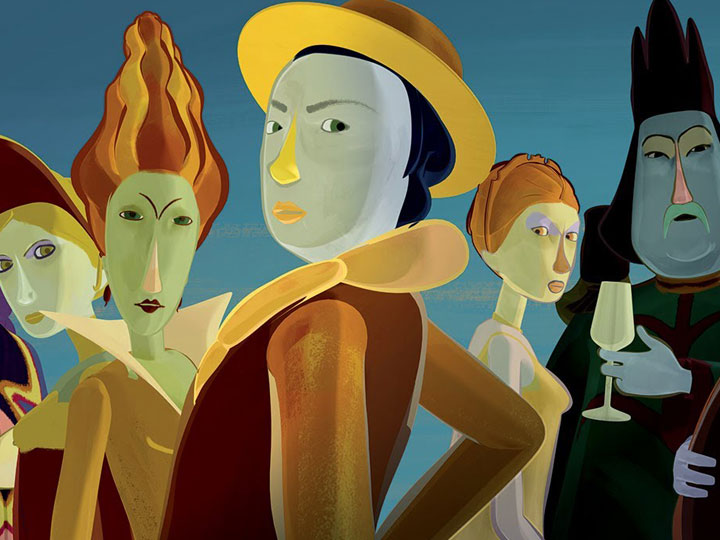 ‘The Painting’ is the English version of a French animated film called ‘Le Tableau’. Directed by Jean-Francois Laguionie, the movie is co-produced by France’s Blue Spirit and Belgium’s Be-Films. Stars like Jean Barney and Chloe Berthier gave their voices to the main characters.

A painter has left a work incomplete for mysterious reason. Three characters of that painting include an entirely painted, a sketch and one that lacks a few colour. These three characters from different classes go on a quest to find the artist so that he can hopefully complete the piece.
The entire film is made using digital 3D animation. It incorporates both animation and live action. All the scenes are digitally hand-drawn and the characters are represented through motion capture. Every frame of the film was traced by rotoscoping to add the drawings in the exact position.Though the animators used 3Ds Max software for the character modeling, they have kept the look of hand-drawn sketches and colour paint.
The budget of the film was 4 million US dollars and the designs include homage to painters such as Pablo Picasso and Marc Chagall. The film competed at the 2012 Annecy International Animated Film Festival and won the award for best feature film at the 8th Festival of European Animated Feature Films and TV Specials.