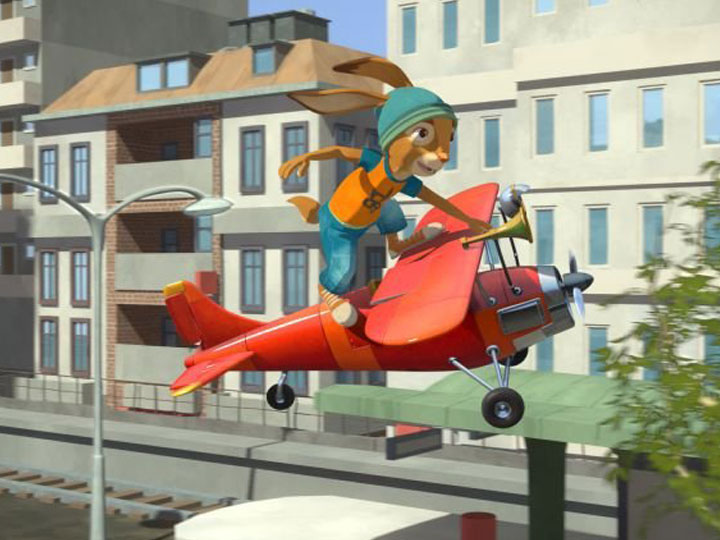 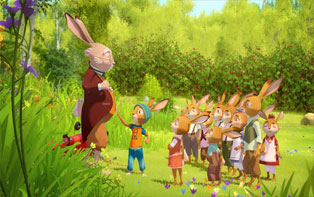 ‘Rabbit School: Guardians of the Golden Egg’, based on a 1924 classicbook is a new German 3D CG animation film directed by Ute von Münchow-Pohl.

This is a children adventure film that casts the voices of artists like Noah Levi, Senta Berger and Friedrich Von Thun.
The story is about a young rabbit (Max) who joins a rabbit school that protects a golden Easter egg. The foxes try to steal the egg and all the rabbits together plan to fight them. Max with his new friend Emmy get involved and go for an adventure to save their Easter egg.
The animation of the film was handled by a team of 23 members and 6 vfx artists created the visual graphics of the film.The entire film is handcrafted using drawings and CG models. No real movements were recorded, static images were given movements.The editing team supervised by Eric Stappenbeckhas used Autodesk Maya for the entire animation aspect and 3Ds Max was largely used for character modeling. 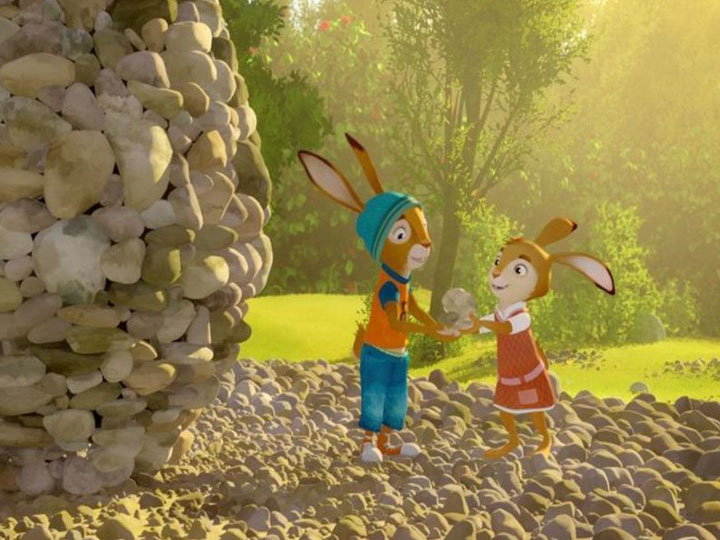 This animated film was produced by Dirk Beinhold under the banner of Akkord Film Production Company and distributed by Gebeka and Universum Films. This film was released in the Berlin Film Festival this year and got nominated in the animated feature film category as well.