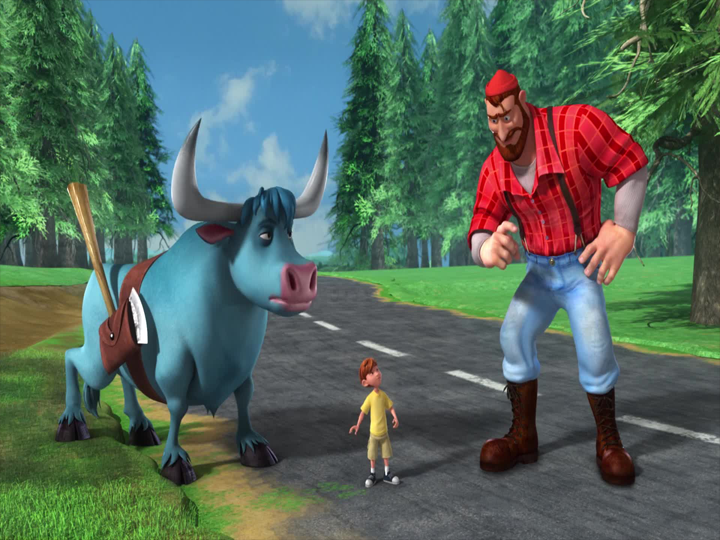 Bunyan and Babe, released in February this year, is a computer animation feature, loosely based on the folklore of Paul Bunyan. The film stars John Goodman and Jeff Foxworthy as the lead characters. Bunyan and Babe premiered on Google play, where it was available to watch for free when it released.

The movie revolves around siblings Travis and Whitney who are sent to their grandparent’s farm in Minnesota for the summer. They stumble upon a magical lair where Paul Bunyan and Babe the Blue Ox live since their exile from the dead forest. Bunyan and Babe along with kids helps save the town from an evil land developer.

The film was announced almost 10 years prior to its release. Sparx Animation Studios was to provide the writing and special effects such as rigging, animation and texture for the film. Cinedigm picked up rights to the film in 2014. The character design was handled in the United States to achieve an American look.

Tony Bancroft directed the Google Play version of the film and only worked on pre-production, and Louis Ross directed the DVD version and never worked on the film. Max Howard produced the movie, however, is not credited for the same.

The film consists on conventional animation with a simple storyline and is a modern take on an old folk lore. It highlights an American legend and the voice actor’s performances are noteworthy.  The film contains a small amount of cartoon violence, but is a family entertainment.