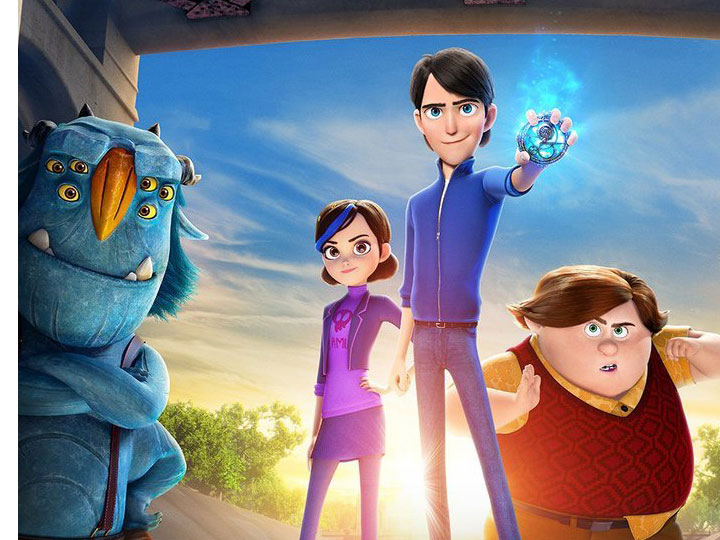 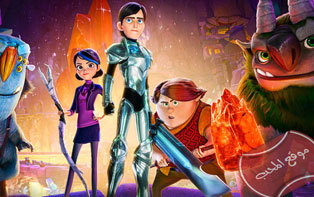 He has bought forth some spectacular creature features like Pacific Rim and Pan’s Labrynth along with one of my favorite tv-series called The Strain. In this series it is evident that del Toro has managed to show his enthusiasm for telling monster stories in a more young and colorful manner. The voice of the protagonist is done by Anton Yelchin from the Star trek movies who does the role of Pavel Chekov. This was Anton’s last project before his death.
Trollhunters tells the story of a boy named James ‘Jim’ Lake Jr., who is handed the mantle of the legendary Trollhunter, a being who carries the power of Merlin and protects both the troll world as well as the human world from evil. The power of Merlin resides in a medallion which gives the Trollhunter a sweet looking armor and a battle sword. Using this he fights off the evil trolls and what they call “half breeds” and protects the two worlds. His friends Tobias (Charlie Saxton) and Claire (Lexi Medrano), along with his troll friend and mentor AAARRRGGHH (Fred Tatasciore) and Blinky (Kelsey Grammer) respectively, help him in this journey.
The series was showcased on Netflix on the 23rd of December 2016 with a whopping 26 episodes and I have to tell you I could not turn it off. I binge watched the entire series and I have to say, those are hours of my life that were not wasted. The storyline was gripping, the sounds and music were enchanting, the script was engrossing, the animation and visual effects were excellent and the concept was brilliant. Though Trollhunters uses a classic formula, it is one that works every time. A simple story of a boy, who with the help of his friends and mentors, reaches his full potential and saves the world from evil.
The story arc and the dramatic graph which is required for one to be glued to the set is set perfectly. The series takes you through the highs and lows flawlessly, giving you the perfect dozes of action, comedy and drama.
The Visual Effects of this tv-series are really really good. The effort which has been put into the storyboarding has been brilliant. The action sequences are crisp and precise and the background or silent graphics like the fog under the bridge or the lighting in the sewers were what actually kept you glued to the tv.
All in all a must watch for children of all ages and grow-ups too. The series has been slated for a season 2 and I can’t wait for it.

All images & IP are property of the creator, we are just writing the review for the movie.