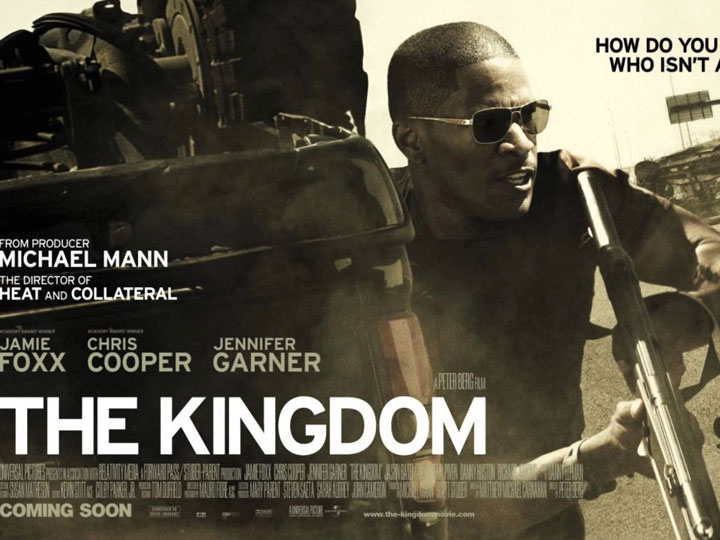 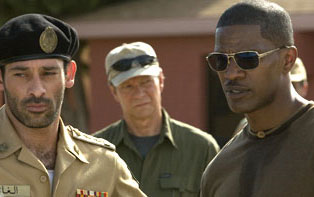 ‘The Kingdom’ is an American action thriller featuring Jamie Foxx, Jennifer Garner and Chris Cooper. Directed by Peter Berg,This Universal Pictures production is based on a real-life story written by Matthew Michael Carnahan.

The film is set in Saudi Arabia and is loosely based on the bombings of the Khobar housing complex in 1996 and Riyadh compound in 2003. A team of U.S government agents are sent to investigate the bombings of the American facility in Saudi Arabia. The film shows the aftermath of the explosions and the disturbances in the Middle East.
PIC agency, a visual communication company of United States created the opening and closing titles for the film that was applauded by the critics as some of the best film titles of 2007. The titles of ‘The Kingdom’ serve as the prologue of the film describing the history of the relationship between the United States and Saudi Arabia in just 3 minutes.The title project was storyboarded by PIC director and designer Stephan Burle and the flow of the piece was designed by Van Slujis.
Most of the 3D animation was done by Gary Hebert using Cinema 4D. He created the entire graphics in After Effects at 2K resolution. After Effects were also used to improve the resolution of somefootage as they were real and old from the archive. 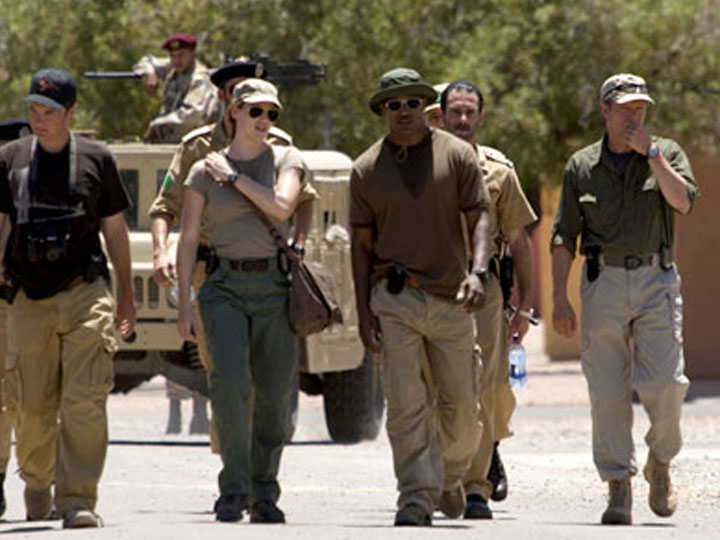