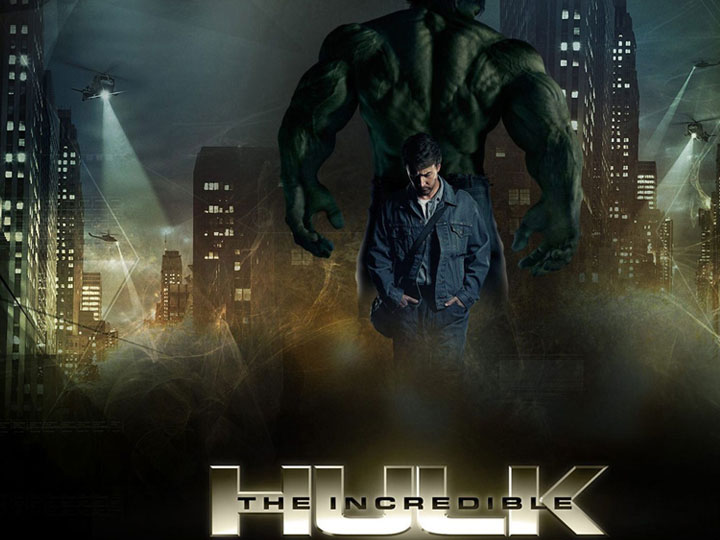 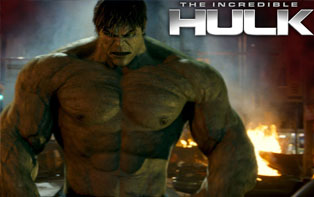 Based on Marvel Comics and its character, Hulk, this 2008 American superhero film is the second movie depicted in the Marvel Cinematic Universe.

Bruce Banner played by Edward Norton recalls events where he was turned into a ’monster’ as an experiment under the U.S Government. The incident left his lover Betty Ross hospitalized and Banner on the run, being a fugitive.
Banner starts over in Brazil working at a factory, all the while practicing methods to contain his ‘monstrous’ identity beneath. Banner’s whereabouts are exposed when his blood drips into a bottle at the factory, and incidentally ends up being ingested by a customer.
With the U.S Army still on the hunt for Banner, they send in special ops expert Emil Blonsky with a team to capture Banner. During a confrontation, Banner transforms into his angry green counterpart, The Hulk. An angry Hulk destroys his enemies before fleeing again.
In an attempt to reinvigorate the military scheme that went wrong with Banner’s experiment through gamma radiation, Blonsky becomes a similar, more powerful creature. The Hulk is the only one who can stop him.
The movie is filled with heroic action scenes, and is quite humorous. This reboot was an efficient, innovative and punchy one!
For every single animated character in the movie, there was a dedicated core group of modelers, texture painters, lighters and riggers who worked for over a year to create every pore, muscle striation and speck of dirt on the characters.

Basic Motion capture techniques were used for Hulk’s body. Most of the faces were mostly hand animated using motion capture by Edward Norton and Tim Roth as a reference. Once basic motion of the Computer-Generated characters was in place, there needed to be an incredible interaction with all the objects in the movie, which was mostly handled with procedural simulations. Ultimately, the Hulk was made up of a large number of rendered layers, controlled in the composite depending on the lighting.
The toughest transformation animation scene was the scene where Bruce Banner first transforms into Hulk on the bed. He needed to first convert into his CG character and then into the Hulk. It was done by ensuring that a precise 3D track of Norton’s body was scanned. The transformation needed to be intense and painful. Additional texture painting and rigging made this scene look as good as it did!