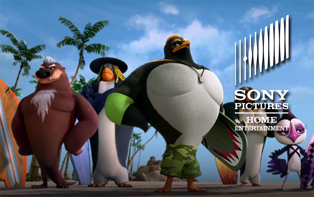 Released early in January this year, Surf’s Up 2: WaveMania is a 3D animated comedy film, and is a sequel to ‘Surf’s Up’ , 2007. The film is produced by WWE Studios and Sony Pictures. The film boasts a cast that includes some of WWE’s renowned wrestlers. Some of the main voice cast members include Jeremy Shada, Melissa Sturm, John Cena, Undertaker, Triple H and Paige.