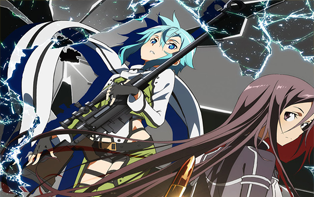 Released in February this year, Sword Art Online The Movie: Ordinal Scale is a Japanese animation adventure and fantasy film based on the light novel series ‘Sword Art Online’ written by Reki Kawahara. The film was produced by A-1 pictures, directed by Tomohiko Itō and character designs were done by Shingo Adachi. The English version was released in March.