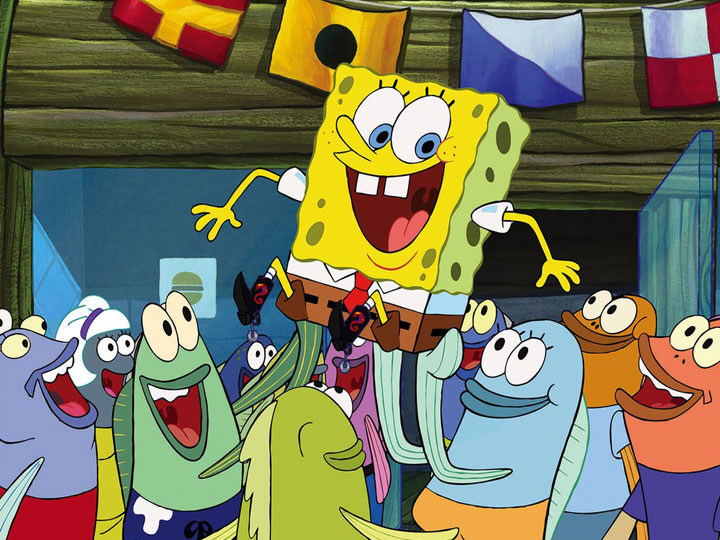 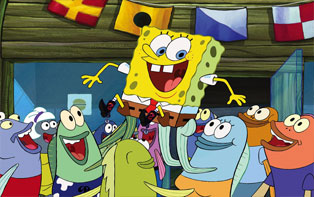 The Spongebob Squarepants Movie, released on November 14, 2004 , is an American live-action animated comedy film. The co-writer, director and producer of the film was Stephen Hillenburg. The live-action sequences of the film were directed by Mark Osborne. The film’s star cast includes Tom Kenny, Bill Fagerbakke, Clancy Brown, Rodger Bumpass, Mr. Lawrence, Alec Baldwin, David Hasselhoff, Scarlett Johansson and Jeffrey Tambor. The film was produced by Nickelodeon Movies and United Plankton Pictures. The cinematography was done by Jerzy Zielinski and the music was produced by Gregor Narholz.

The animation process began with drawing the rough sketches of the characters on sticky notes or Post-it notes. The storyline and plot, rather than being built on the script were built on the basis of these sketches. The animation of the film was done at Rough Draft Studios, South Korea. The rough sketches of the characters were combined with different visual effects using Photoshop to create a particular scene. It is the first SpongeBob Sqaurepants film which was animated using the CG technique. According to the creators, it was a bit tricky to convert the 2D characters of the cartoon series into 3D characters of the film. It was very important to keep in mind while creating the 3D characters that the animation shouldn’t defile the essence of the SpongeBob cartoon, which has been one of the most liked cartoon TV series by kids . A great deal of R&D was put in to make the characters look more real such as enhancing the pores and freckles of SpongeBob. Santa Monica , California was the place where all the live-action sequences were directed. The sequences include the ship Bounty, which was constructed for the film Mutiny on the Bounty. David Hasselhoff, who was a part of the film Baywatch, gives a brief appearance in the scene where he gives SpongeBob and Patrick a ride to Bikiny Bottom. The skeleton that appears at the beginning was a real prop design that gest converted into CGI as soon as it is handed to Antonio. The purpose was to make the skeleton look scary at beginning and funny once Antonio holds it.