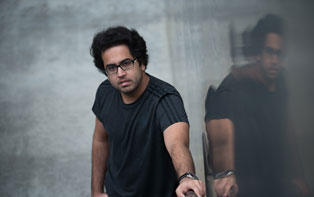 A passionate musician, a skilled composer and a trained pianist, Salil Bhayani started his musical journey from his very formative years.

His journey in Indian Classical music was initiated under the affectionate guidance of his grandfather who is a trained singer and harmonium player. Subsequently, he honed his musical skills under the tutelage of various Gurus including Dr.(Mrs) Ashwini Bhide Deshpande and Shree Sanjeev Chimmalgi.
His musical senses found a creative vent through his compositions at a rather early age of 13 years. Then onwards, the composer in him kept creating melodies in various languages including, Gujrati, Hindi and English. This creative exploration urged him to get trained in the basics and intricacies of Western Classical Music. He successfully completed 5 grades of Trinity Guild Hall Exam in Piano.
After completing his Bachelor’s degree from Institute of Chemical Technology, Mumbai, he pledged a full time commitment to his passion. He auditioned and got selected in Berklee College of Music, Boston. He studied Film Scoring and Composition at Berklee.
His memorable stint in the prestigious institute included composition for a number of short films and video games and a glorious opportunity to perform with Oscar and Grammy winning composer A. R. Rahman at the Boston Symphony Hall at his doctoral ceremony.

His next destination was Los Angeles, which still continues to be his place of profession. . Mentored by eminent Hollywood stalwarts like Lucas Vidal (composer for Fast and Furious 6), Griffin Boice, he composed for various films, video games and audio books across the globe.
His musical forte now ranges from producing mock-ups for Norman Ludwin, a renowned orchestrator, who worked with Michael Giacchino on major Hollywood films like Jurassic World, Inside Out, etc. and double bass player. He has also composed for various short films and documentaries United States.

His compositions for the indie game Somewhere by studio Oleomingus received an acclaimed notice on the popular gaming website Rock, Paper, Shotgun. The game was recently featured at the prestigious Tribeca Game Festival.
(The link to the trailer: https://www.youtube.com/watch?v=_POQDPfEkv0)

Back home his melodic connect got established with a major feature film Lokmanya, based in Mumbai. He also composed for various short films and documentaries in India. He worked with Shilpa Ranade, an acclaimed animator and a filmmaker at IDC, Mumbai. Salil composed music for “3 Stories” (https://youtu.be/mO1Qs2n5hew) for her animation film.

Some of the other major musical contributes that adorns his creative list are musical arrangement of the famous audio book called Dalai Llama: A Sacred Life and Dr Toy prize winner ‘Karadi Tales’, an audio book company for children.

Share
This entry was posted in Music, People and tagged music, Salil Bhayani. Bookmark the permalink.