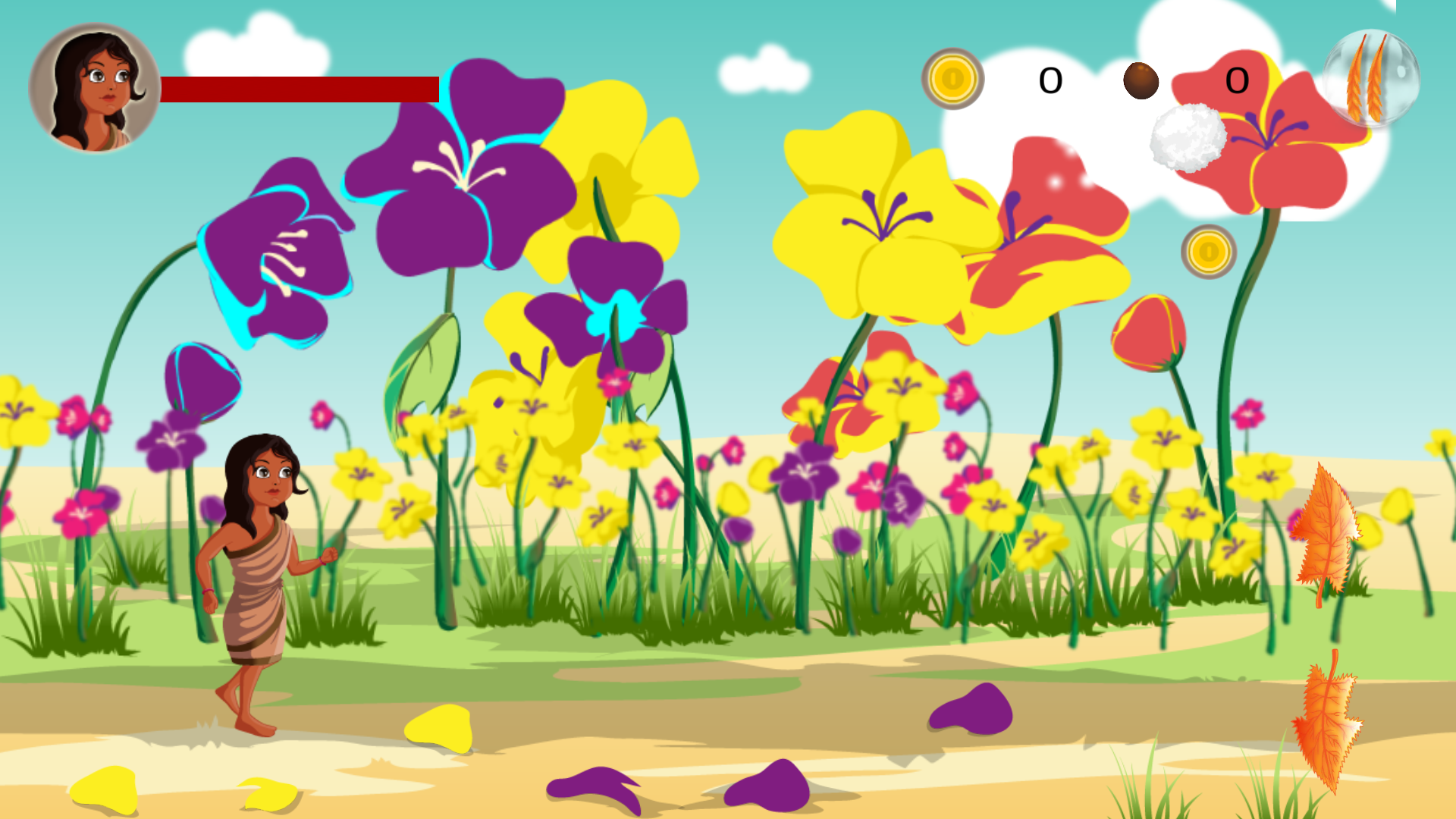 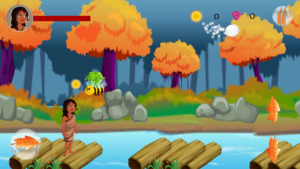 Sukhu Dukhu is an adventure game which uses tap style of playing.It is a fun filled game and specifically for children.  It falls under the genre of 2D adventure game. The game is developed by Virtaulinfocom and is a free game to download and play.

It is available on playstore, apple store and direct to download from amazon for your mobile. This is a simple adventure story of a small girl in a village and her own self-discovery of the world.It is based on popular Bengal folk lore.

Storyline: The game begins in a small Bengali village where a weaver had two wives and two daughters. He fell ill and passed away and now hard times have fallen on our protagonist Dukhu and her mother. They are outcast and ignored by her Step mother and Step Sister-Sukhu. To earn a living, they spin thread on the outskirts of the village. Dukhu is a simple and hardworking 15-year-old girl earning her means to livelihood. One day while spinning cotton, the wind blows away her cotton wad and thus her quest begins to find the cotton. She is being aided by the wind and has to follow the wind to get back her cotton.

During her journey, she encounters a cow whose shed needs cleaning, a plantain tree needing some relief from creepers and a horse who hassled by his saddle. She decides to help them and is promised a unique gift by each of them. Towards the end of her journey he meets an old lady in a palace who is luminous as if the moon was specially shining on her.

The lady feeds Dukhu and gives her certain tasks to complete like taking a dip in pond twice and choosing a basket before leaving. Dukhu being a humble girl completes all the tasks truthfully and chooses the smallest basket offered. On her return journey to the village she presented with gifts from the cow, horse and tree in form of a calf, colt and bunch of plantains yellow as gold and a pot full of old gold coins.

On returning home, her mother is overjoyed with all these gifts and in the basket she finds a young prince who marries Dukhu. On hearing about Dukhu’s adventures and her wealth, her step mother and her step sister –Sukhu are jealous of her and she sets out on her own journey to the Old lady in palace. What happens to Sukhu can be read in detail here.The game mainly focus on Dukhu and her adventures.

Console Buttons: There is two type of gameplay involved, some levels make the player move automatically and in others you are in control of three buttons which are Move forward, Jump up and Duck down. You play as Dukhu a simple village girl and quest in search of her cotton wad. It involves a console style adventure where the player has to tap buttons to control the character.

Characterization:  The game is a 2D animated game which has been designed and developed with classical animation technique, GIMP and Blender Is used as the game engine. Since the character is wearing a sari with ethnic Bengali ornaments and in order to execute a smooth, old cultural and subtle feel, the team visited many villages to understand the kind of dresses the villagers wore during 60’s in India.

Graphics: The game uses 3-D technology to design graphics and deserve a special mention because of their intricate detailing and authentic flavour of Bengal. For bringing about the game animation, the classical light box working method is used by the developers. 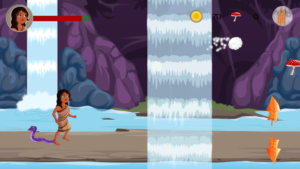 Gameplay: It is a quest game based on Bengali Folk Lore. The game has overall 25 levels to conquer and complete it. The levels range from aesthetically designed forests, caves, jungles, rivers, mountains, beaches and waterfalls to name a few. The enemy in each level is perfectly designed to match the level for eg: the player encounters bees in forests, snakes in farm etc. The character of the Dukhu is developed on the choices the player makes throughout the game. The player is given choices either to be helpful and help animals and nature or be selfish and carry on without help. The player is faced to choose at the end of level 5 to help a cow, at the end of level 10 to help a tree and at end of level 15 to help a horse. Each decision impacts the outcome of the game. The gameplay is logic based and easy to manoeuvre. Your character is allowed to change dress, buy jewellery, Food items and health powerups by collecting coins from each stage and using those coins in the store.

The game uses traditional Indian music and is quite soothing to hear and play with. The player progresses by collecting 16 of items mentioned as objectives Each level brings about a new objective for the player to collect from fruits to flowers. 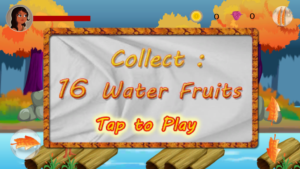 Replay-ability :  The game has a replay aspect to it depending on the choice the player made during the first gameplay and now wants to explore the alternate paths.

Overall: This is a 2D platform game targeted specifically towards kids of age group of 7 years and above. The game brings about a freshness of nature to it and is pleasure to the eyes of the gamer. This brings out a different kind of gaming and is also an educational game, teaching players values and morality of life.

Share
This entry was posted in Game Reviews, GAMES. Bookmark the permalink.